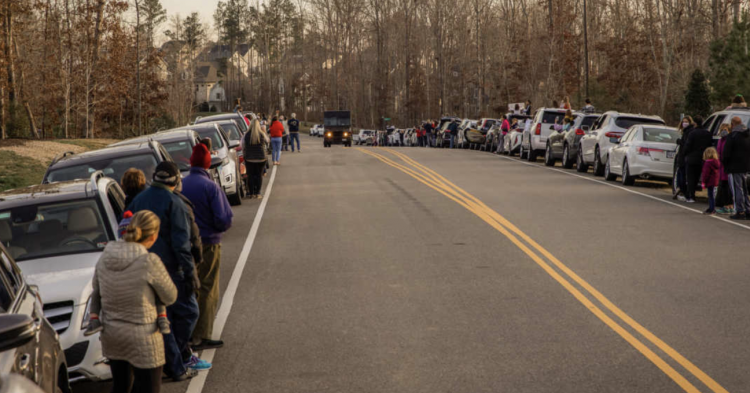 Frontline workers in grocery stores and delivery workers were also forced to step up and become unlikely heroes amid the pandemic. Because people relied on delivery workers to bring them essentials while they stayed home to protect themselves from the virus, USPS, FedEx, and UPS workers proved to the world how essential they have become and how they were able to keep the American economy alive despite the crushing effects of the virus.

Anthony Gaskin is one UPS worker who gave his all during the pandemic. During his shift working in Chesterfield County, Virginia, Gaskin went above and beyond to make sure residents of the rural area got their packages as promised. Until the pandemic struck and shut America down, Gaskin never knew how much his work mattered. But after the pandemic crushed Virginia, he knew that his work truly was essential because more people than ever were relying on him to deliver the goods while they were safe at home.

Last week, residents along Gaskin’s regular route planned a surprise for the UPS delivery driver. While going about his regular shift, he noticed a line of cars along the road. This was not a typical sight for him. People were standing outside of their cars – remaining at least six feet apart per guidance from the CDC. These people waved and cheered as Gaskin drove his brown UPS truck through town.

People carried signs that shouted their praises to the hard-working delivery man. Two children held a sign that read, “Hallsley loves you, Anthony.” When he saw signs like that, he suddenly realized that the entire production was done for him.

Residents of the small Virginia suburb felt that Anthony deserved to be recognized and knew that UPS certainly wasn’t going to do it for them. 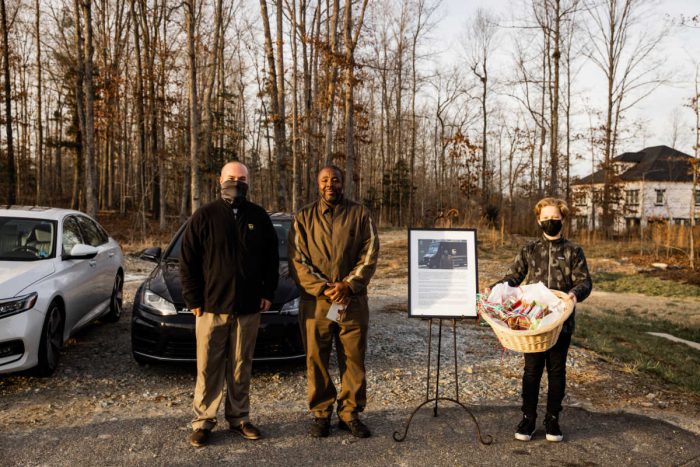 “Even though his truck does not have sirens and his uniform does not offer added fire protection, Anthony Gaskins is considered a hero in the Hallsley neighborhood,” Patty Friedman later wrote in an email to WTVR. “Through COVID, Anthony has continued working, delivering packages at our doors, record numbers of them, over 180 times to date.”

Cynics would say that Gaskin was just doing his job. Patty and the other residents of Hallsley knew better than to think that.

“I wanted to thank him personally for how much he helped me feel welcome when I moved in during a pandemic,” she added. “It was terribly lonely, and he was always the highlight of my day.”

The community organized the event and blew Anthony away with their display of gratitude for his hard work.

“Arriving on bikes, on foot, and in more than 75 cars, hundreds of Hallsley residents lined the road and waited for Anthony to turn the corner,” Patty told WTVR. “A humble man, he needed to be coaxed, but eventually, slowly drove his truck down the road while children and adults held up signs, screamed his name, honked their horns, and rang bells. Gaskins’ supervisors even showed up to present him with a gift.”