This “Cruel” Drive-Thru Prank Is Gaining Popularity, And Fast Food Workers Hate It 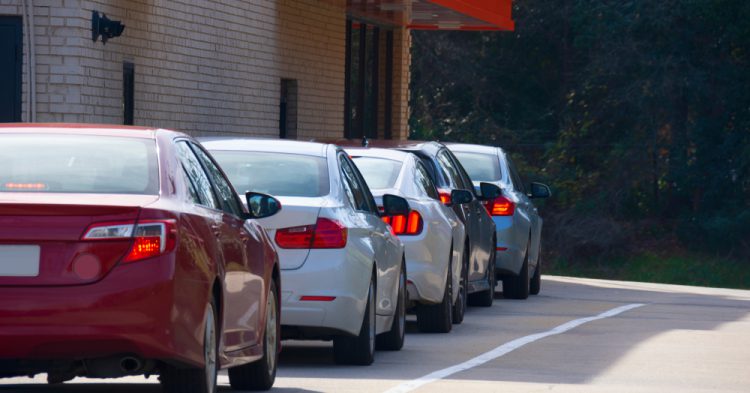 A Taco Bell customer has earned the ire of TikTok after trying to make a new prank into a social media trend. TikTok has been a destination for people to record pranks to engage with a trend. However, most people agreed that the Taco Bell customer who pranked the drive-thru employees pulled a stunt that was “offensive” and “ridiculous.” TikTok has been pushing pranks on fast-food workers for months, including bizarre Subway sandwich orders, continuously driving thru the Burger King drive-thru, and ordering a burrito from Chipotle with “everything” on it.

However, this recent drive-thru prank at Taco Bell will not be trending because people simply find it offensive. The offending user, Ty Money, shared two videos on the account, which were allegedly filmed during the same trip to a Taco Bell location.

In the first video, the TikTok user holds a phone up to the Taco Bell employee while asking how much it would cost to order one of “everything” on the menu. Obviously, this would require the fast-food worker to expend a lot of work to generate that number. They’d have to add all the items to the order before they would be able to report how much it would cost.

When Ty Money asked for the price of “everything” on the menu, the fast-food worker looked visibly annoyed and frustrated. Such a request makes the job a lot harder than it already is.

Fortunately, the Taco Bell employee has a sense of humor – and a backbone. He does not give Ty Money the correct answer to the ridiculous question.

“$500 million, dude — after taxes,” the drive-thru worker said in the TikTok clip. “Yes sir, if you want one of everything, that’s about what it will be.”

Throughout the rest of the video, the Taco Bell employee continues to be annoyed with the prankster. In the end, Ty Money simply orders large ice water, which costs him nothing.

Although his first prank video was a flop, Ty Money decided to create a second video while receiving the drink from the worker. In this second clip, the drive-thru employee hands the TikTok user the cup of water. The customer says, “I’ve got it,” and then he loses his grip on the cup, and it falls to the pavement.

Most people agreed that Ty Money’s “accidental” drop was part of the prank. Why else would he be recording the moment the Taco Bell employee handed him a cup of water. Surely, Ty Money has something more important to do with his day.

By the end of the video, the TikTok user blames the Taco Bell employee for dropping the cup despite it clearly slipping from his hand.

“It was his fault, though,” the TikToker said.

Most viewers were offended by the videos.

“This is so disrespectful,” one user wrote.

“This is why I quit working at fast food,” another added.

“Fast food workers don’t get paid enough for kids to do stuff like this,” another wrote.

What do you think about this attempt at a video prank?