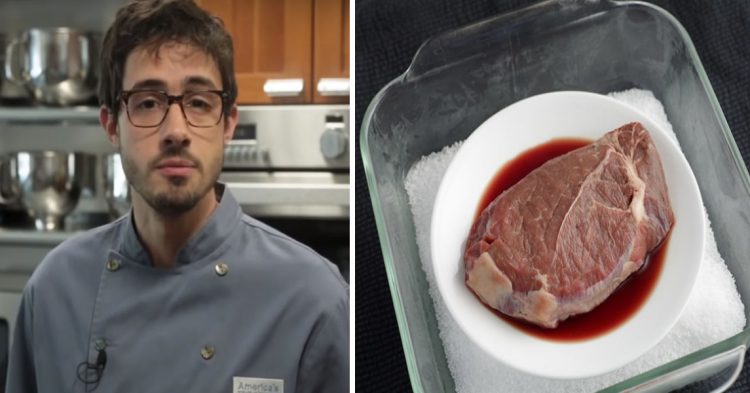 Few things are as delicious as a perfectly made steak. Grilling meats outdoors is perhaps my favorite thing to do during the spring and summer. Not only does the smell of the meat over the charcoal flame make my stomach rumble with delight, but there is also nothing quite like sipping on a beer while flipping over a burger or checking the doneness of a steak when the weather is perfect, and everything is right with the world.

But steak is a finicky food. If you don’t know how to cook it, you’re going to mess it up. Then it can be overdone, chewy, or bloodier than you might like. A few extra minutes on the grill – or a few degrees in the meat’s internal temperature – can make or break a perfect meal. That’s why I’m writing to you today. I want to share a tip regarding frozen steak from a respected chef that might change your habits for future cooking. 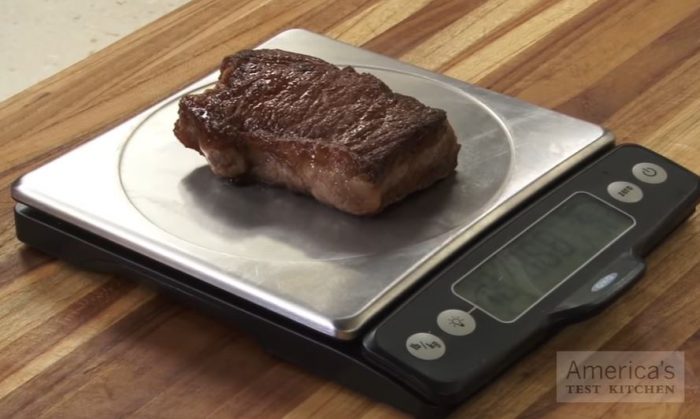 A lot of people let steak thaw out after keeping it in the freezer. Apparently, this is a big mistake if you want your meat to be done just right. Not only will the taste be improved if you cook the steak directly from the freezer instead of letting it thaw out, you’ll get more delicious bites out of the slab of meat.

Before the senior editor of Cook’s Illustrated, Dan Souza, took this advice, though, he decided to put it to the test. That’s why he took two nearly identical cuts of steak – they came from the same cut – and cooked one directly from the freezer while letting the other one thaw out after being frozen. The result was clear as day.

Souza cut up a piece of steak into eight slices. Since he was using the same strip loin beef freezing all the pieces the exact same way. Not only did Souza do that, but then he let half of the cut pieces thaw out before jumping into his project to test the difference in America’s Test Kitchen. 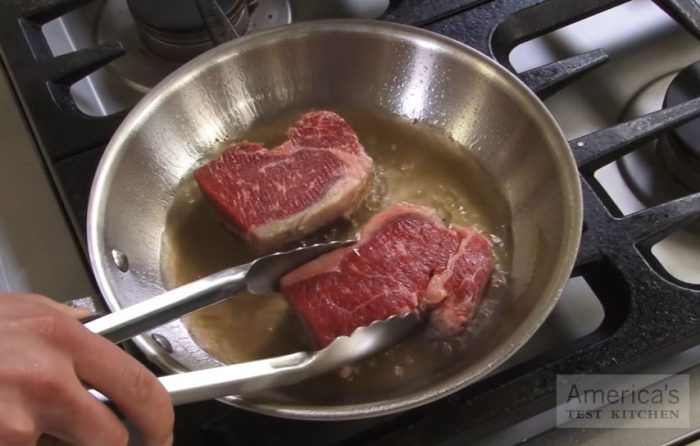 Souza seared both halves of the steak in a hot pan. He seared each side for about ninety seconds before popping both into an oven that he had set at 275 degrees Fahrenheit. He waited for the steaks to both reach an internal temperature of 125.5 degrees, which is ideal for a medium-rare steak.

He weighed both slices of steak before and after cooking. Not only did those vary depending on whether it was frozen or not, but the steak was clearly better when cooked directly from the freezer. 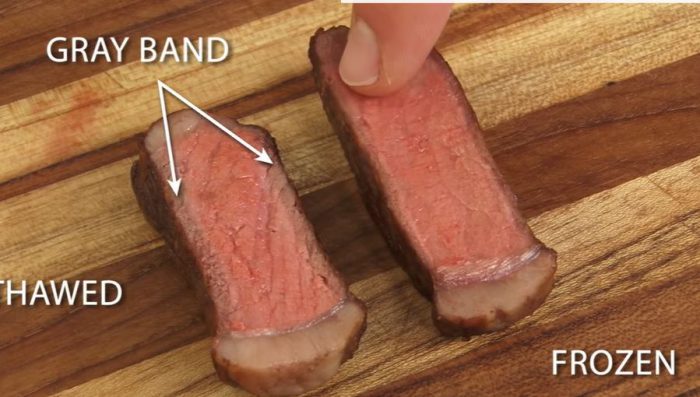 From the images, you can see that the frozen steak had a smaller gray band of meat. That means it comes with more delicious bites for you to enjoy.

What do you think about this steak cooking trick?