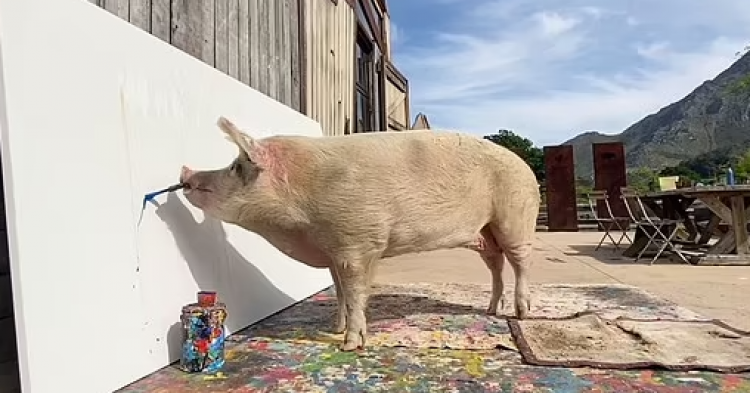 Just before he was set to be slaughtered, a pig with an ability to paint was rescued and given a second chance at life. Now, the pig has been able to explore its passion for abstract art, painting various scenes and settings on canvas, which is being sold to the highest bidder. Some of the animal’s artwork has sold for more than $20,000 – and people are referring to the pig as Pigcasso because of its amazing ability to paint desirable artwork with its mouth.

Pigcasso’s masterpiece, which was entitled Wild and Free, was bought by a German buyer named Peter Esser. Esser paid a record-breaking price for the artwork, making Pigcasso the world’s most successful animal artist. Prior to Pigcasso’s record-breaking sale, art created by a chimpanzee named Congo back in 2005 was sold to an art collector for more than $14,000. 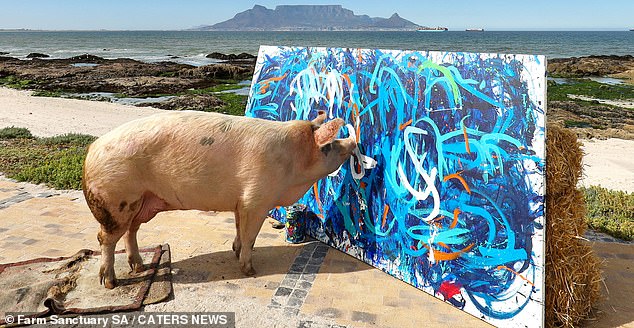 The artwork that was sold to the German buyer featured blue, green, and white paint and took Pigcasso several weeks to complete. The animal continued to return to the canvas to work on the creation and never gave up despite all the hard work that was required of it to finish the work. 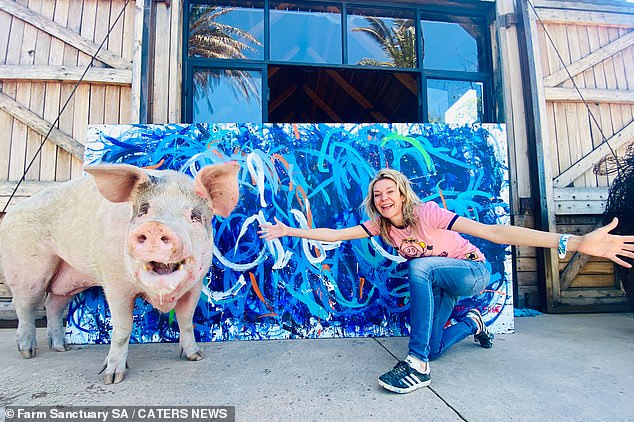 In the five years since the owner, Joanne Lefson, saved Pigcasso from the slaughter as a piglet. The animal has been able to paint hundreds of pieces of art. The animal now lives at a Farm Sanctuary SA, where it joins other rescued animals in a lovely corner of Franschhoek Valley in South Africa. 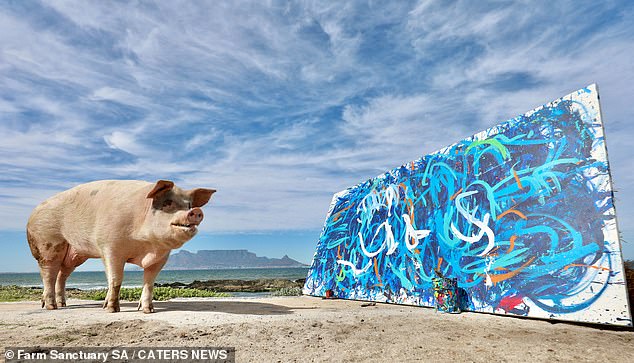 While Pigcasso was working on Wild and Free, Lefson knew that it was going to be a hit among buyers. She considered Congo’s record before Pigcasso’s work went up for auction, but she simply wanted to show off how creative animals can be. She also wants the world to recognize Pigcasso’s intelligence since he is able to work on art for weeks at a time and create an abstract expression that buyers are interested in obtaining via the art market. 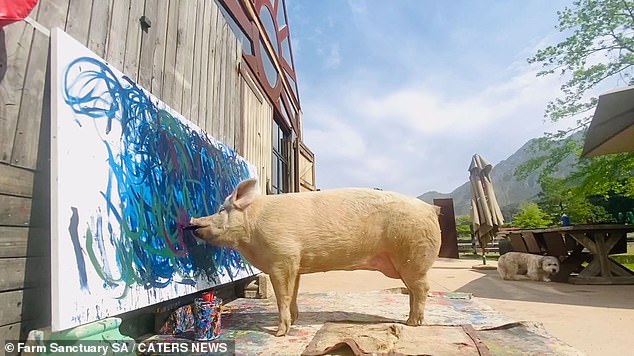 She said: “I wanted to have Pigcasso create something that had never been done before. An oversize, larger-than-life canvas that could challenge the intrinsic value of an artwork created by an animal.”

After Pigcasso finished Wild and Free, Lefson posted an image of it to social media and asked people if they wanted to buy it. Within seventy-two hours, the abstract artwork was sold for the record-breaking price to a German collector.

Joanne added: “There was significant interest in the piece. It’s not just a visually striking and beautiful painting; it’s a profound moment for Pigcasso and for farm animals. You can’t look at it and not place greater value on their intelligence, individual and creativity.” 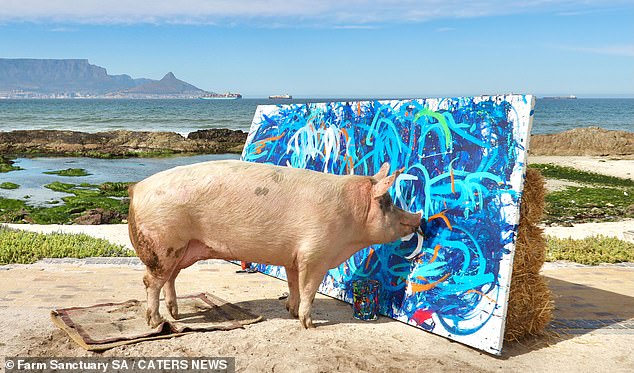 Since then, Pigcasso has gone on to sell numerous pieces of artwork for thousands of dollars. The money that is raised from the sales goes towards supporting Farm Sanctuary SA – a place where rescued animals can live out the rest of their days in peace. Each and every day, Pigcasso continues to amaze us with its painting skills, showing the world that animals are capable of so much more than we give them credit for.

This just goes to show that when it comes to art, there really isn’t any limit to what can be created – even if you’re a pig with a passion for painting!