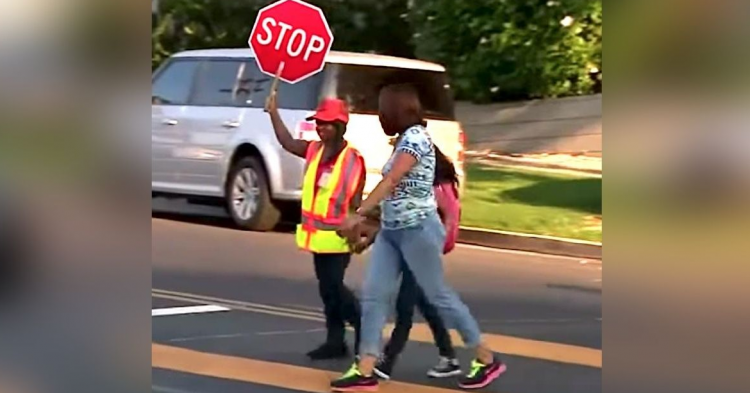 It takes a village to operate Alexandria Avenue Elementary School in Los Angeles. Teachers, administrators, and crossing guards all do their part to ensure that children get to school safely and have a supportive place for them to learn and grow. A few years ago, a crossing guard named Adrian Young was busy on the job when she noticed an old woman approach an eight-year-old girl, grab her tightly by the arm, and order her to “come on, come on!”

Fortunately, Adrian Young was nearby and noticed the woman pulling on the child. She suspected that something was wrong since the little child did not seem to recognize the adult. Perhaps, she had caught an attempted kidnapping in action. The child had just left the school and was on their way back home, where they would be safe and sound. 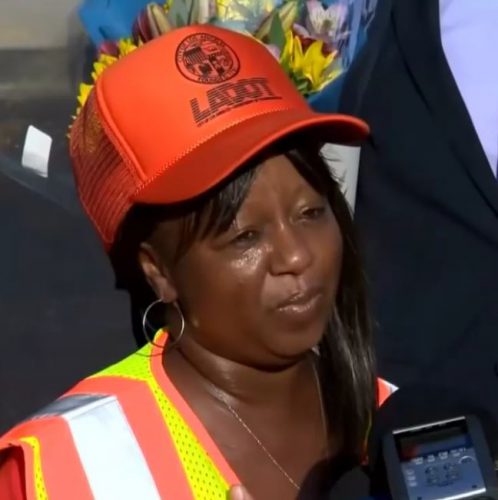 Thankfully, the little girl noticed Young. Although Young was off-duty on that particular day, the child recognized her as a crossing guard and knew that she could be trusted with the truth. She pleaded to Young to help her, and that’s when the crossing guard knew that something was seriously wrong with the picture. 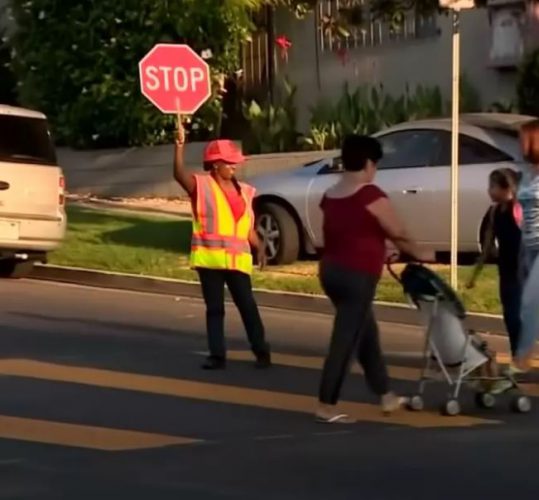 “She kept saying to me, ‘Please help me, Miss Crossing Guard, please help me,’” Young told in her interview with KTLA.

Young may only be four feet eight inches tall, but she did not let her short stature stop her from rescuing the girl in her moment of need. She ordered the eight-year-old girl to “hold on to me as tight as she can because both of us were very small, and the lady was bigger than me.” 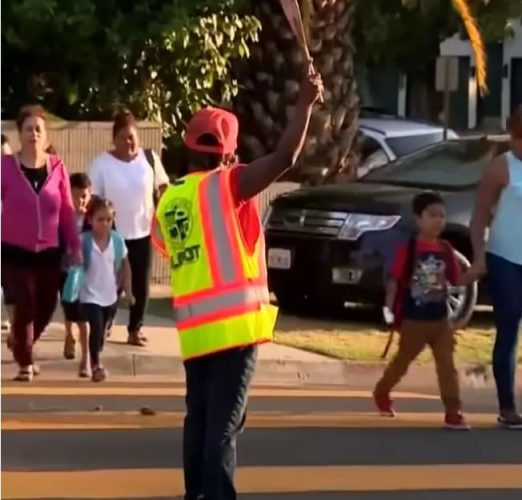 Young knew that she had to act fast if she were going to separate the intended victim from the kidnapper. That’s when she did something that shocked everyone who knew her. She punched the kidnapper in the face and pulled the little girl away from her.

Young’s punch to the face packed such a wallop that the kidnapper fled and didn’t look back. The little girl’s mother could not have been more grateful to the crossing guard for stepping in to help when she needed it. 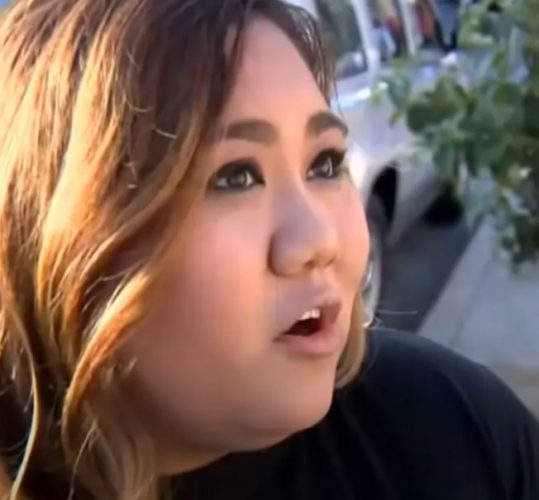 “I’m very thankful for you,” Sharon Arellano (above), the girl’s mom told Young.

Later, Arellano showed at the school to thank Young in person. She gave the crossing guard a big hug and didn’t want to let go. Because of her intervention, she had saved her daughter from a horrible fate as a victim of kidnapping.

“If it hadn’t been for her, I don’t know where my daughter would be right now.” 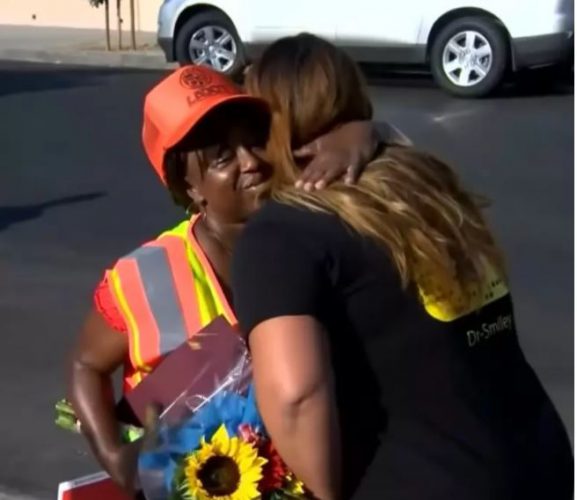 The community soon took part in an event to recognize Young’s bravery. Los Angeles City Council Member Mitch O’Farrell delivered a speech in which he honored Young for freeing the young girl from the kidnapper who probably meant harm.

“Sometimes superheroes come in small packages,” O’Farrell said in his speech. “And because of her diligence, training, and awareness and just because she cares so much about children, she prevented what could have been a kidnapping of a child.”