Chicago Releases 1000 Feral Cats Onto The Streets, But They Say They Have A Good Reason 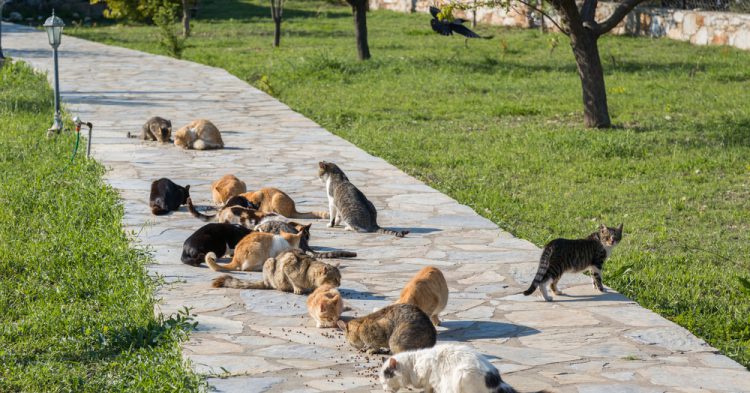 It’s not every day that a major United States city released feral cats onto its streets. But Chicago has recently done this, releasing 1,000 feral felines in order to combat the city’s mounting rat problem. The Midwestern city was recently named the rodent capital of the United States for the sixth year in a row. The feral cats were released to help stop the spread of the rats, which appear in the city’s many alleyways and sidewalks, much to the residents’ chagrin.

The Tree House Humane Society is the animal shelter that is helping release the cats onto the city’s streets. They made sure to neuter every feral cat before allowing the feline to patrol the city streets in search of rats. The shelter purposely selected cats that “wouldn’t thrive in a home or shelter environment” as well as cats that “cannot be reintegrated into their former colonies.” Instead of being re-homed or put down, these cats will help the city of Chicago fight the rodent problem that is very noticeable.

The shelter added: “Cats are placed two or three at a time into residential or commercial settings in order to provide environmentally friendly rodent control. Property and business owners provide food, water, shelter, and wellness to the cats who work for them. In most cases, our Cats at Work become beloved members of the family or team, and some even have their own Instagram pages.”

Pest control experts Orkin ranked Chicago as the leading metropolitan area when it comes to rat infestations. The group identified the cities with the worst rodent problems by calculating how many new rodent treatments were required to be performed between September 2019 and August 2020.

Shelter spokesperson Sarah Liss said: “We’ve had a lot of our clients tell us that before they had cats, they would step outside their house, and rats would actually run across their feet.”

The feral cats won’t just attack the rats and feed on them. The cats “are actually deterring them with their pheromones.” She added, “That’s enough to keep the rats away.”

Back in the 1970s, Chicago had such a bad problem with rats that residents were offered $1 for every rodent they killed. And when the coronavirus lockdowns forced restaurants to close their doors, rats became more aggressive as it was harder for them to find food. In Chicago, the problem became even more pronounced since the rat population is already s so high.

Things had gotten so bad in parts of the United States that the Centers for Disease Control and Prevention released an advisory warning people about “aggressive rodent behavior.”

The advisory stated, “Community-wide closures have led to a decrease in food available to rodents, especially in dense commercial areas. Some jurisdictions have reported an increase in rodent activity as rodents search for new sources of food. Environmental health and rodent control programs may see an increase in service requests related to rodents and reports of unusual or aggressive rodent behavior.”

What do you think about Chicago’s plan to use feral cats to drive away rats?